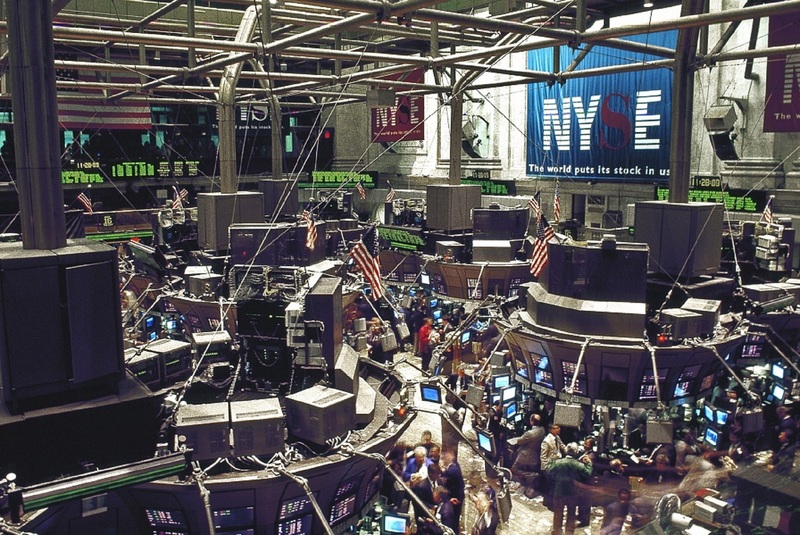 Beyond Bonds (1): Could stock indexes be the answer?

This is the first in a series of posts that will consider various possible responses to the current environment of low or negative fixed-income yields. To read the introduction to the series, click here.

To kick off our series on alternatives to sovereign fixed-income, we'll ask a knowingly naïve question: what if we just doubled down on stocks? In what follows, we present the results of an historical thought experiment, and investigate what happens when you try to invest in stock indexes in a fixed-income style...

One response to anaemic or sub-zero fixed-income yields could just be to redirect those funds towards equities. Over the past five years - a period during which negative rates became entrenched in the EU, Switzerland and Japan - some equity indexes have performed strikingly well, while others have struggled a little more:

US markets have clearly outperformed all others, but every index has weathered some significant bouts of volatility - and whereas the equity market is generally thought to appreciate over the course of decades, that characteristic volatility can spell disaster for investors that need to work with far shorter holding periods. So to what extent could investing in the broad equity market be any sort of replacement for fixed-income bond holdings?

If you've read our introduction to this series, you'll know that we're looking for a few things from our potential successors to government bonds:

So how would just re-allocating towards stock indexes measure up? Of course, we can already cross off item 3 from the list above; investing more into equities would by definition leave us more exposed to their downside risk. The others are a little less clear cut. Investing in stock indexes is widely thought to be less risky than trading single stocks, because the effects of diversification mitigate downside risk (though they might also dampen overall returns). So criteria 1 and 2 might still be in play, depending on what your reference point is.

Item 4 is an interesting one. Of course, anyone who claims to be able to predict the magnitude and direction of stock market movements is delusional. However, there is one way that we can force stock index investing to line up with fixed-income investing: by defining the holding period. If you were to buy the S&P 500, and hold it for exactly a year, how would that investment compare to buying and holding a 1-year T-bill?

Or, put more broadly: how risky is it to invest in stock indexes for a defined holding period, and what does that risk look like?

To delve into this question, and follow-through on our thought experiment, we set up a historical back-test. Working off weekly price data for 10 major stock indexes from the past 30 years, we analysed the distributions of returns for various holding periods. We were mainly interested in understanding what the principal downside risk profile looked like, so any theoretical dividend payments were disregarded.

With the help of a little Python (mainly the packages pandas and seaborn), we were able to crunch the numbers, and start to get a sense of the answer. To start with, here's what the distribution of returns looked like for the MSCI World, using a 3-month holding period:

The distribution seems to peak a little above zero, meaning that the most common outcome from over 1500 observations was that the price would have risen somewhat. The bars on this graph make up a histogram, showing the relative frequency of outcomes in equally-sized intervals; the smoothed curve is a kde-plot, which approximates the probability density function of the same date.

Plotting only the curve, we can produce a similar graph for all the holding periods examined, from 3 months up to 4 years:

A couple of features of this graph jump out.

Secondly, notice how the 2-year, 3-year and 4-year curves are significantly flatter, and have fatter tails, than those for holding periods of up to 1 year. The distribution of outcomes for short holding periods is far less dispersed, illustrating that, at least in a certain sense, holding the index for longer periods of time would have opened you up to a far wider range of potential gains and losses.

Let's slice it a different way: for a given holding period, how did the different indexes compare in our thought experiment? Here's a slightly messy graph by way of an answer, considering a 1-year holding period for all 10 analysed indexes:

A couple of interesting points here. The MSCI All-Country World Index has the highest, narrowest peak; the FTSE 100, Dow Jones and S&P 500 have similar peaks, but the UK index has the fattest downside tail; the EuroStoxx 50, DAX and CAC 40 all have relatively similar, fairly squashed curves; and the Italian FTSE MIB has its modal peak almost perfectly at 0. The Nikkei has by far the flattest peak, straddling 0, and the NASDAQ has by far the fattest upside tail.

While these graphs are a pretty way of displaying distributions, they give us only a qualitative sense of the trends in the data. By focusing in on a more specific question, we can gain a greater sense of the downside risk that accompanied stock index investing over the past 30 years. So here's a more precise question: out of all the observed outcomes, what proportion displayed a negative return? And how large would that loss have been?

How about by period and index? We can display the answer as a large series of barcharts, but the overall effect is a little overwhelming:

Let's take that last graph - for a 4-year holding period - and present it slightly more clearly:

Alternatively, here's another way of looking at the same data for the 4-year holding period. Here, we sort the graphs by magnitude of downside, and within the graphs from least to most frequent:

Something this shows quite well is that, when assessing downside risk, you have to define your terms. The NASDAQ has the lowest percentage of observations that recorded a negative return - just 15.7% - whereas the FTSE 100, at 30.8%, has almost double. Yet the FTSE 100 was extremely unlikely to record a 40% drop, at only 0.59%, compared to the NASDAQ's 7.74%. The NASDAQ tended not to record losses as often as most other indexes, then - but when it did, those losses tended to be large.

Zooming out again, and considering all the indexes and maturities in our thought experiment, what tentative conclusion can we draw? It seems that investing in stock indexes would not have been an effective way to protect 100% of the principal at stake: anywhere between 20%-50% of the time, we would have ended the holding period nursing at least a modest loss. On the other hand, sustaining a large loss of 30% or greater would have been relatively unlikely, especially if we had limited ourselves to the S&P, the Dow, the MSCI All-Country and the FTSE 100.

Add in the effects of dividends, and we can re-assess stock index investing against our original criteria:

Overall, it seems that simply investing in the broad equity market doesn't go very far towards replicating the role that fixed-income ought to play. The risk-return profile remains quite different, and there are two many moving parts to be able to plan with any accuracy for receiving cash flows at given points in time. To get closer to a fixed-income payoff profile, investors might need a slightly more complex investment strategy.