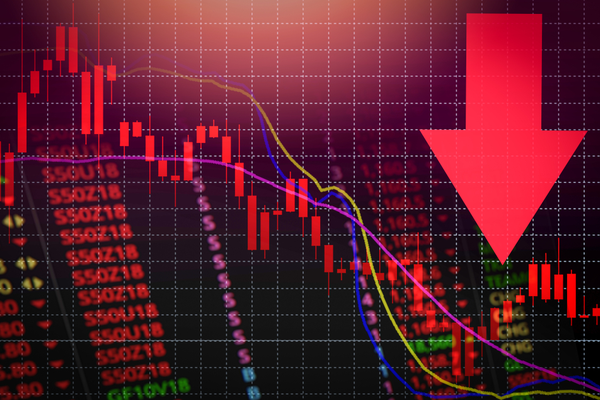 Beyond Bonds (2): Indexes and flash crashes

Dramatic market crashes pose considerable challenges for equity investors. In this piece, we examine two related questions: how common are they, and what does the road to recovery look like?

Investing in equities means exposure to market crashes - sudden, large drops in the value of stocks or stock indexes. Crashes are dangerous for two reasons: they take a large bite out of the value of your portfolio, and they inspire panic. Arguably, the latter is even worse than the former: panicked selling exacerbates market corrections, and also means realising your loss at what might be the worst possible moment.

In the previous piece, we conducted an historical thought experiment: what if you were to invest in stock indexes in a fixed-income style? To answer, we examined the dispersion of returns generated by stock indexes over defined holding periods. Of course, this approach would be difficult to advocate in reality. For one thing, directing your fixed-income allocation to stocks would concentrate your risk in equities, severely limiting the portfolio's diversification. Just as significantly, straight equity investing does not come with a defined maturity - making decisions about buying, selling or holding more susceptible to emotional reactions to the vagaries of the market.

What if, though, we employed an emotionless android to run our stock portfolios? How often would we have to suffer through dramatic market turmoil? Below, we'll analyse the dispersion of one-day movements of major stock indexes since 1988, and look into some of the more dramatic sell-offs.

Black Monday and the circuit-breaker

We chose the start date of January 1988 for this analysis because of the after-effects of one of the most famous market crashes: October 19th, 1987 - better known as Black Monday. That day, all 23 major stock indexes around the world suffered double-digit declines. This prompted numerous central banks to loosen monetary policy, trying to insulate the 'real' economy from the turmoil of the stock market.

One of the most remarkable things about Black Monday was the lack of an obvious cause or trigger for the panicked sell-off. Perhaps the stock market was overvalued;. Even so, a correction of over 20% in a day for the S&P 500 and Dow Jones seemed impossible to explain rationally. Clearly, though, financial infrastructure buckled: bid prices exceeded asks, exchanges in New York and elsewhere encountered delays and malfunctions. Of course, this only added to the panic. In response to Black Monday, regulators across many markets introduced a 'circuit breaker', stipulating that whenever the market declined beyond a certain threshold, trading would automatically be suspended for a brief 'cooling-off' period. These circuits were tripped more than once last March during the COVID-19 sell-off.

The graph above reflects what anyone who's briefly tuned into Bloomberg will know: the vast majority of the time, major markets don't move by that much, day-to-day. The high,  narrow peaks that centre around 0 are a testament to one of stock indexes' greatest strengths: their boringness (to use a technical term).

However infrequently, though, there are fairly large day-to-day movements in either direction. To gain a better sense of how often these happen, the table below breaks displays the frequency of various 1-day % changes since 1988 (if reading on mobile, you'll find it easier to read the tables below in landscape mode):

For greater, clarity here's the same table in percentage terms:

How often do these large movements coincide, and what can we say about their dispersion across time since 1988? Although a full dive into these questions is beyond the scope of this piece, it's interesting to have a surface-level look. Below, we display the 15 days since 1988 when at least one of these eight indexes moved by 9.5% or greater in either direction. We excluded the Nasdaq to keep the dataset manageable:

Immediately, two clumps jump out. One, of course, is October 2008: the dramatic apex of financial panic and contagion that characterised the crash, and lead to the Great Recession. The second, last March, represents the COVID-19 sell-off, as markets around the world suddenly realised the extent of the human and economic threat that coronavirus posed. These two periods account for 10 out of the 15 days - and it's also notable that both include at least one day of dramatic recovery buying: October 13th 2008 was almost as positive as March 12 2020 was negative. October 28th and November 24th, 2008 were also dramatic rebound days,  with the longer-term economic damage of the crash still unclear.

Other notable datapoints on the viz above include 16th October 1989,  the Monday Demonstrations in East Germany that saw the DAX slump by 12.81%, and May 10, 2010, when European markets rose significantly in response to a $1 trillion plan from the EU and IMF to stave off the impending European debt crisis.

Overall, it's clear that most of the time, stock indexes don't do anything in a hurry. When they do - in either direction - it usually means that something major is afoot: the unravelling of the global financial system, a once-in-a-century pandemic, or perhaps major geopolitical upheaval. Moreover, positive sizeable movements are almost as common as negative ones, and dramatic bounce-back days after a sell-off are also seen fairly often.

The upshot? Most of the time, investing in indexes is pretty sedate - but when something major happened, you'd best be prepared for a rollercoaster ride.