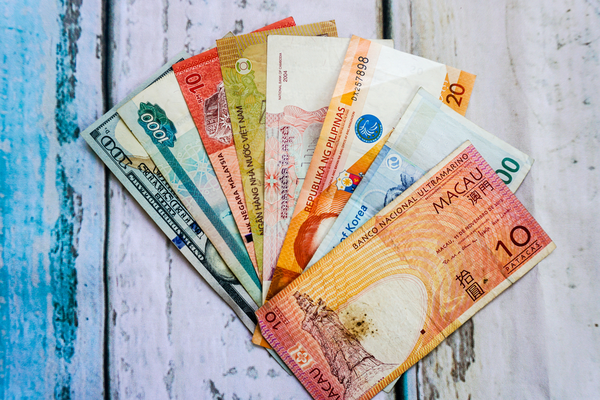 Beyond bonds (3): What’s currency got to do with it?

Yields might be low to non-existent in Europe, Japan and the US - but there's a whole world out there, so surely someone's paying a decent interest rate on their sovereign debt? The trouble is, investing in non-traditional bonds brings its own considerable set of risks - not least of which is currency exposure...

In Europe, Japan and North America, investing in domestic sovereign fixed income has rarely been less exciting. Even fairly far along the yield curve, you'd be lucky to find a yield of even 1% - and most major European countries have 10-Year yields firmly below zero.

Still - perhaps having read our previous pieces on why equity investing can't simply take over from fixed-income positions - you're still pretty attached to the idea of investing in government bonds. They feel much safer than corporate credit (an asset space going through some fundamental shifts, thanks to COVID-19); after all, countries rarely if ever go bust, and sovereign bonds are likely to be more liquid than those of single companies.

So what if you expanded our investment horizons geographically, and considered worldwide sovereign debt as your potential investment universe? Even a cursory glance would show the potential both for high yields and considerable risk:

It's clear from the above selection that there's a fairly strong correlation between yields, credit rating and central bank interest rates in each country. Unsurprisingly, Germany and Switzerland lead the way, with each offering a negative yield of about -0.5% on their 10-Year bonds; most other European countries, and some Asian ones, are arrayed between that baseline and the 1% offered by US and Australian bonds. Bringing up the rear are Argentina, Venezuela and Ukraine, three countries whose economic and political instability would dissuade all but the most adventurous of investors (some of whom have already been burnt by Argentina's sovereign debt crisis). Hungary and Romania seem to offer notably high yields for EU member states, but given that neither are in the Eurozone (using the forint and leu respectively), currency risk is something of a concern.

In fact, currency risk is perhaps the most important elephant in the room. Many countries issue the vast majority of their sovereign debt in their domestic currency, which stands to reason. If that currency differs from the investor's, the source of currency risk is clear: you'll have to convert your principal to the target currency at today's rate, invest in the foreign currency, and hope that FX movements don't wipe out any additional yield you might capture - or, worse, cause an actual loss. In a sense, this resembles the famous carry trade: borrow in a low-interest rate currency, convert to and invest in a higher-rate currency, and then convert back. Everything else being equal, you'd earn the spread between the interest rates offered in the original and alternate currency.

Of course, everything else is almost never equal. Carry trades like this are exposed to the three-headed risk monster of interest rates, inflation and FX fluctuations, which are closely connected despite not always moving in lockstep. One spectacular unravelling of this play came in 2008, when the massive Yen-Dollar carry trade was punctured by the crisis and the sudden lowering of US central bank rates. On a smaller scale, that sort of thing could happen all the time in a carry trade; what's more, it's usually counter-productive to try and hedge the risk, as the premiums would negate any potential gains from the strategy. So a carry trade is a perfectly legitimate trading strategy - but it necessarily implies a certain view on the FX outlook for the currency pair in question, and so is the opposite of a no-brainer.

It's worth noting that some countries issue a significant amount of sovereign debt in foreign currencies. Mexico issues around 20% of its debt in foreign currency, India around 60%, Russia 65%, and Brazil 30%. Much of that debt is in US dollars, so assuming that's your preferred investment currency, you might think yourself insulated from FX risk. In truth, though, the risk is just reconstituted. You might not have to deal with the FX markets yourself, but if the local currency depreciates - say due to runaway inflation, which is more common in developing markets - you might be faced with an even larger problem: the issuing government being unable to service its dollar-denominated debt. Sometimes - as with the recent Argentinian crisis - that will mean a full-on default or restructure. In fact, a recent working paper by the IMF showed that most countries going through debt crises had issued the vast majority of their debt in foreign currencies. But it doesn't need to get that far; any political or economic news that bring that eventuality closer will probably push yields on the debt you're holding higher. That can start to eat into your principal - the very thing you're trying to safeguard by investing in sovereign debt.

FX risk can change rapidly and unexpectedly. Below is a chart of 90-day volatility for seven currencies versus the US Dollar, over the past 10 years:

Broadly speaking, the Euro, Swiss Franc and Yen were the least volatile over the past decade - though the Franc experienced some manic trading at the start of 2015 thanks to the SNB's decision to remove its currency's dollar cap. The pound's volatility spiked in the immediate aftermath of the Brexit vote in mid-2016, while the Brazilian, Chinese and Mexican currencies in general experienced greater volatility, as befits developing markets.

These three currencies experienced such high volatility over the past decade that they completely distort the original chart. Ruble and Hryvnia volatility soared to dramatic levels (that latter far more than the former) in the wake of Russia's occupying of Crimea, and the subsequent outbreak of war in Eastern Ukraine. The Argentinian Peso (already undermined by the prevalence of dollar transactions and grey-market money-changers) experienced even greater and more sustained volatility, especially in the past five years, as its governments struggled to keep a handle on the country's economy and debt burden.

All this illustrates a simple but undeniable point: FX markets, especially beyond the most widely-held currencies, are subject to sudden, extreme changes caused by geopolitical events or economic crises. So any investing strategy that implies FX exposure is certainly not for the faint of heart - and is hardly an apt substitute for standard domestic sovereign bonds.

The bottom line? Investing in higher-yielding foreign bonds might be more hassle - and risk - than it's worth. There is one case, though, where adopting this approach could be interesting: if the investor in question has a use for both currencies.

This isn't necessarily as unlikely as it sounds. In an era of globalised business and dual nationalities, there could be both private investors and corporate treasuries that have some sort of presence in jurisdictions with different currencies. The increased prevalence of multi-currency bank account and trading brokerages suggests that there's a growing demographic who have use for more than one currency. The limiting factor here, of course, is that the investor should be happy either to hold the 'other' currency or to convert it back to the 'original', depending on how exchange rates evolve over the course of the investment. It's unlikely that a sizeable chunk of any given portfolio could be treated this flexibly.

Ultimately, investing in 'foreign' fixed-income only really makes sense in two situations. You either have to be committed to a considered view of the foreign exchange outlook for the currency in question, and be prepared to take on the concomitant level of risk - or you need to be happy to collect your additional yield in the other currency, without any urgency to convert it back. As always, for investors chasing yield, there's no free lunch - so they'd be wise to proceed with caution.