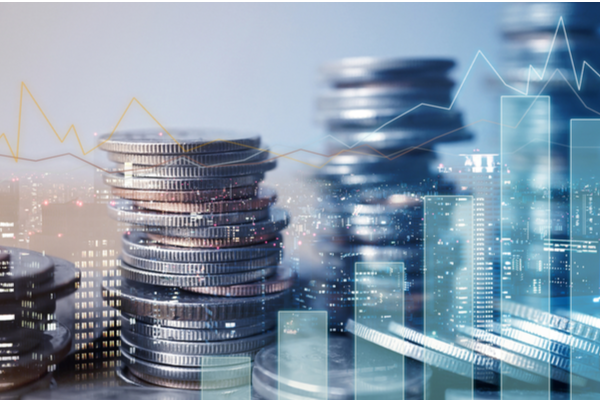 Beyond bonds (4): Giving credit its due

Would you feel safer lending to a medium-sized country, or to a large corporation? If the latter, congratulations - the market (for the most part) agrees with you. Investing in highly-rated corporate bonds is widely considered safer than putting your money in exotic sovereign debt overseas, avoiding exposure to political instability and sizeable FX risks. So with mainstream government bonds yielding little, should investors pivot towards corporate credit?

Before addressing that question directly, it's worth reiterating that the corporate bond market is in an unusual state. Back in May of last year, we wrote about the bifurcating credit market: thanks to the Fed's seemingly limitless willingness to backstop the asset class, investment-grade issuers were able to tap bond markets for sizeable amounts with fairly low coupons, even as worse-rated companies - particularly in the energy, consumer and industrials sectors - had to offer more juicy returns to attract investors' interest. Back then, ratings agencies were concerned that global default rates could hit up to 18% in 2020 if lockdown-induced recessions persisted into the autumn and winter; more recent appraisals of the market have put 12% - around the peak default rate seen in the Great Recession of 2008 - as a plausible worst-case scenario. And yet, thanks to negative rates and arguably overheated equity markets, investors have been strikingly keen to pile into even the lowest-rated corporate debt, pushing down yields dramatically in the second half of this year.

Of course, this series is about finding plausible replacements for safe, sovereign, fixed-income investments - so high-yield bonds, with what S&P suggests may be a 1-in-10 chance of default, can't really be up for consideration. Yet that still leaves a plethora of investment-grade, seemingly rock-solid corporate issuers offering at least moderately more attractive yields than Gilts, T-bills or Bunds. Could this be an answer?

First, it's important to establish some sense of scale. There's a huge amount of outstanding debt in the world - $110 trillion, to be exact - but the clear majority is issued by governments, rather than corporates. (As the table below shows, the exact proportion varies between 60%-75% by region, with the notable exception of Central America.) Out of the remaining $34 trillion issued by corporates, just over half ($18 trillion) is the debt of financial companies, which is perhaps unsurprising - though it's notable that fully 73% of Western European corporate debt is issued by financials, as compared to 36% of that in North America.

The table below summarises the current state of play:

Some other interesting factoids. The total amount of corporate debt outstanding across the world is fairly close to the total market capitalisation of the S&P 500. Last year, global bond issuance came to a record $5.35 trillion, compared to the 2019 figure, $4.35 trillion, which had been the previous peak. In ballpark terms, that suggests that new issuances amount somewhere between 10%-15% of overall outstanding corporate debt in any given year.

So that gives an idea of the scale of the corporate bond asset universe, and its dispersion across sectors and regions. How about the most crucial aspect of any asset class - the returns?

For simplicity, let's stick with just investment-grade corporate bonds - to save ourselves some sleepless nights - and limit our analysis to North America. The chart below shows the relative performances of the S&P 500, a major North American corporate bond index, and a similar index for US Treasuries:

In terms of raw returns, the stock market clearly wins; over the past five years, the S&P 500 has more than doubled in value, while the corporate bond and treasury indexes returned 35% and 14% respectively. However, we're not looking for equity-like returns from either of these fixed-income asset classes - it's more a question of safeguarding the principal and receiving a moderate rate of return.

It's also clear from the above chart that both fixed-income asset classes suffered less dramatic volatility than the S&P - and this is even more apparent if we zoom into the past 12 months, rebasing the chart accordingly:

While it's true that the S&P still outperformed both bond indexes over the past year, it was a far closer affair - the equity market pulled ahead only around October, and while it's now sitting almost 17% higher than a year ago, the fixed-income indexes have posted respectable gains too.

The most striking thing about this graph, though, is the relative stability of the bonds as compared to the stock market. Treasuries, a pre-eminent safe haven for investors, actually climbed at the start of the COVID-induced sell-off, and have held relatively steady ever since. The corporate bond index, for its part, tended to move in the same direction as the equity market for the first half of 2020, but with markedly less extreme price movements. The S&P was down almost 35% at its 2020 nadir, while this corporate bond index had dipped by only 13%. So corporate bonds would appear to offer some protection against extreme market movements.

Of course, corporate bonds still carry an added layer of risk compared to sovereign debt - even a large, established company is widely considered to be more likely to default on its debts than a country (which in many cases have at least indirect control over their domestic money supply). So how can a savvy investor track that risk? Scouring the financial press for warning signs of impending financial distress would be unworkable even for a few companies - let alone the entire market.

Enter the humble Credit Default Swap - as made famous by Christian Bale playing Dr Michael Burry in The Big Short. A CDS is in essence an insurance policy against a bond defaulting; you pay a certain premium, in return for which you'll be well compensated in case the underlying credit instrument in question goes bust. The difference, of course, is that you don't actually need to own the underlying bond - so the CDS has become a way that any investor or trader can express a view on a certain reference credit instrument. In turn, that makes it the most dynamic proxy for understanding the market consensus view on default risk.

Tracking the CDS price for individual companies is doable, but - much like equity investing - it's usually more helpful to get a general, aggregated sense of where the market is, using an index. Markit compiles the most widely-used such indexes: the CDX family, covering North America, and the iTraxx one, which includes Europe and ASEAN. The chart below shows the investment-grade and high-yield CDS indexes for North America and Europe over the past five years:

Specifically, this is the five-year generic level for each index; they tend to be reconstituted every six months, or 'rolled'. Prices are quoted as spreads - meaning the proportion of the theoretically protected notional debt that would be paid annually as a premium. So whereas you might pay around 0.5% of the total notional a year for protection against the default of investment-grade bonds, the same protection for high-yield bonds could cost around 4%.

The chart shows pretty clearly that the default risk for investment-grade corporate bonds is dramatically lower than for high-yield bonds, as reflected in the far lower spread demanded for protection. Once again, the 'safer' corporate bonds also display far less volatility, while the cost of insuring against high-yield defaults spiked dramatically during the COVID-induced market crash.

That's not to say that investment-grade corporate bonds are safe as houses - though as anyone who watched The Big Short can attest, that's perhaps not much of an accolade anyway - but the above does indicate at least a relative sanctuary from the most violent market movements. It's also worth noting that, on a historical basis, investment-grade defaults are on a downward trend. The chart below shows the number of 'credit events' (defaults or restructurings) for the constituents of the CDX North America indexes, organised by the 'rolling' start date. While high-yield debt has seen plenty of defaults, the investment-grade index has seen only three in the past decade:

Given all the above, we're in a position to return to the criteria outlined in the introduction to this series, and assess whether investment-grade corporate bonds might offer a passable alternative to classic government-issued fixed income:

Overall, high-quality corporate bonds seem to offer at least a partial solution to the original problem. Compared to sovereign debt, they might be a little more risky, a little harder to forecast, and more correlated to the stock market - but they also tend to offer a positive and passable return. In a world growing increasingly accustomed to negative interest rates from governments and banks, that trade-off looks increasingly attractive.