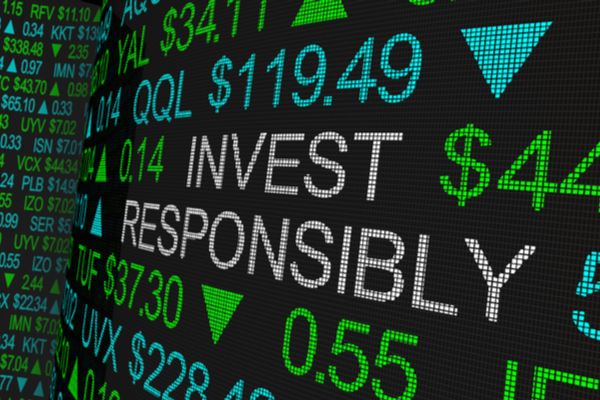 In the alphabet soup of financial acronyms, there are three letters that have risen from relative obscurity to mainstream prominence in less than two decades: ESG. Today, the notion of analysing investment opportunities not only in terms of their financial attractiveness, but also on the basis of their environmental footprint, social impact and governance standards is widely understood, though not yet universally practiced. So how mainstream can ESG become before it folds back in on itself - and is that perhaps the point?

Back at the turn of the millennium, ESG investing - or sustainable investing, SRI, impact investing, and a host of other non-identical but overlapping terms, all often used interchangeably - was a hard sell. Its advocates tacitly acknowledged that in order to do any good with their money, an investor might have to accept lower returns, or place non-optimal constraints on their portfolio positions; a slightly lighter wallet was the going rate for a much lighter conscience. A simple pitch, but hardly a compelling one, particularly for institutional investors sensitive to every basis point of potential return.

Professionals and academics started to challenge that conventional wisdom in the 2000s. A seminal 2008 paper by Alex Edmans, now Professor of Finance at London Business School, analysed the stock performances of the "100 Best Companies to Work for in America", an annual list compiled since 1998 by Fortune on the basis of employee satisfaction survey data. Edmans found that the companies in question outperformed industry benchmarks by over 2%, and concluded that employee satisfaction - a corporate governance issue - 'is positively correlated with shareholder returns', and accordingly that 'certain socially responsible investing ("SRI") screens may improve investment returns'.

A couple of years earlier, Michael L. Barnett and Robert M. Salomon (now Vice Dean at NYU Stern), reached a broader conclusion regarding ESG. In a multi-decade analysis of dozens of SRI funds, they found that returns varied with the number of SRI "screens" used to select investments. Initially, with a small number of screens, returns were indeed dampened - but after a certain minimum number of screens, returns rebounded again, and grew with the number of further screens used. Do ESG right, and not by halves, and it seemed you could have your cake, eat it, and not feel too guilty about it.

In the following years, increased research on the potential financial benefits of ESG dovetailed with a rising perception in the investment industry that potential investors from younger generations - particularly Millennials - would be far more interested in the morality or otherwise of their investments. The compound effects of morals and marketing saw ESG funds and strategies balloon in size; according to the US SIF, ESG AUM in the US grew from $639bn in 1995 to $12tn in 2018, and then to $17.1tn in 2020 - representing almost a third of all professionally managed assets in the US. Nor is the trend likely to abate, for two key reasons.

Start with how business sees itself in 2021. Even before the triple whammy of COVID-19, the BLM protests and the riot on Capitol Hill, there was a recognition amongst the Davos set that stakeholder capitalism was the way forward. Then the pandemic shone a light on how corporate heroes and villains treated their employees; the George Floyd protests forced many corporates to take a stand on societal issues; the events in Washington DC this January saw business leaders call for a peaceful transition of power, and suspend or investigate their political donations. Business leaders now routinely speak of their responsibilities towards society and the environment - and for some, it might be more than PR bluster.

Yet the impetus to do more is not just coming from consumers and social media, but from governmental directives. Yesterday the EU's Sustainable Finance Disclosure Regulations (SFDR) came into force, compelling asset managers to publish information on their sustainability metric and controls; in time they will also have to report on carbon footprints and exposure to arms dealers and fossil fuels. The impact won't be limited to Europe: EU-based open-ended UCITS funds are sold globally, and anyone marketing a fund to European investors will have to disclose the same information, while any business that has EU funds as investors will also need to report on their ESG metrics. What's more, the UK is likely to introduce similar legislation that is at least as demanding as the EU version, which is consistent with the UK government's intention to bring about a "green industrial revolution", and the Bank of England's commitment to divest from the debt of large corporate polluters.

Is convergence the key?

A recent attention-seeking headline blared that Vanguard, the firm that pioneered passively-managed tracker funds, was the world's largest investor in coal; to be precise, the firm 'controls holdings worth $86bn in companies that produce or burn thermal coal'. Yet Vanguard, of course, barely has a real choice in its investments; the entire point of many of its funds is to faithfully track major equity indexes as accurately as possible. So long as constituents of the S&P 500 or EuroStoxx 50 burn fossil fuels, or engage in other non-sustainable behaviours, Vanguard (and its peers Fidelity, Blackrock and the rest) will continue to be major 'investors' in those companies.

The real question is whether ESG investing ought permanently to be a subset of investing, or simply catalyse the entirety of the market, and society, to act sustainably. It is at this point that questions of methodology, and the often-competing motives of money, marketing and morals, become pertinent. How broad should the ESG tent be? And how real is the danger of 'greenwashing' - where companies or funds market themselves as ESG-friendly despite fairly modest restrictions or requirements?

A few illustrative examples may help. Consider the relative performances of the EuroStoxx 50 and its ESG-weighted equivalent, which tracks the largest 50 stocks in the EuroStoxx index that:

Over the past five years, the ESG-weighted index indisputably outperformed:

The divergence, though, stems from the second half of 2018; since then, the gap has remained fairly consistent. If we instead examine two pairs of general and ESG-screened indexes (S&P 500 ESG and EuroStoxx 600 ESG) over the past three years, the gaps are even narrower:

To be sure, there is some outperformance in the US market - and no underperformance, emphasising that negative screens of broad equity indexes can give investors benchmark-like returns without exposure to the least ESG-friendly securities. Yet as options for ESG investment go, these broad equity indexes are relatively modest in their criteria. Fossil fuels, weapons, and cigarettes mean a straight red card, but beyond that, the selection criteria have few teeth - which is why the returns are so similar to the regular indexes. For investors, this is not so much taking an activist stand on ESG issues as opting out of industries that are on their way out anyway.

The overall point is that ESG investing is not a specific style, strategy or product; rather, it adds another dimension to the investor's decision-making process. A conventional buyer of tracker funds probably appreciates the option to buy the indexes she wants without the least savoury constituents; a fixed-income investor would welcome the growth of green bonds and social bonds; a seed venture capitalist can assess the impact and policies of a start-up as well as its revenue projections.

Across finance, criteria that two decades ago would have been dismissed as irrelevant, spurious or detrimental to returns are now an ever-more prevalent way to assess investment opportunities. As ever, the challenge for investors is finding the best investments to meet their goals, whether measured in percentage points of return, tonnes of carbon, societal impact, or - increasingly - all of the above.