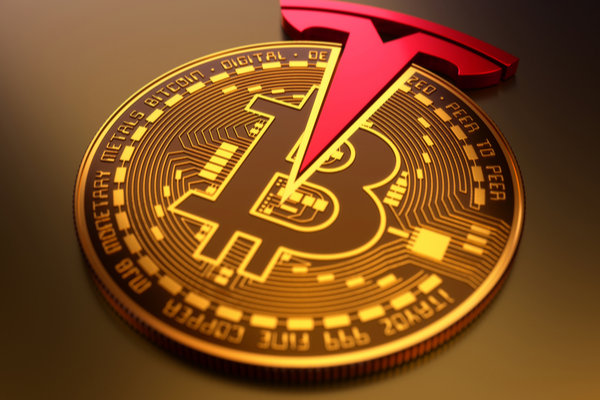 Far from the madding crowd? On Tesla, crypto and r/wallstreetbets

New year's resolutions are made to be broken. After the chaotic drama of 2020, fuelled by a once-in-a-century pandemic, the start of this year was supposed to herald a return to something approaching normalcy. Yet in the markets, at least, things have only grown stranger. Tesla bet big on bitcoin, a move telegraphed only by Elon Musk posting a smutty Twitter meme; a group of traders used a reddit sub to co-ordinate the mother of all short squeezes against hedge funds that had over-shorted Gamestop, an otherwise unremarkable US videogame retailer. The resultant spectacular price movements spurred many commentators to voice concerns that the market was becoming distorted, dangerous and untethered to reality.

Their argument goes something like this. On one side, you have rational actors that approach the market in a clear-headed fashion and that, on aggregate, facilitate 'price discovery': as the price of an asset is buoyed up or weighed down respectively by its bulls and bears, it converges towards its fundamental, intrinsic value. Equity prices are driven by companies' demonstrable prospects of making money for their investors in the future; commodities by a well-grounded outlook for their levels of demand and supply. Yet recently, the markets' smooth functioning has been endangered by bored day traders speculating with their federal stimulus cheques, the pernicious hyping and meme-ification of certain investments on social media, and the all-soaking money hose of monetary and fiscal stimulus. If left unchecked, these forces will make the market increasingly dysfunctional, spelling danger for unwitting private investors and large institutions alike.

There's no doubt that recent weeks have seen some hair-raising price action. Start with the Gamestop saga, which saw the reddit investment community r/wallstreetbets band together to bid up its share price, in an attempt to humble the hedge funds that had effectively shorted 140% of the company's shares. For a time, the play looked to be working; Melvin Capital, the main fund in the redditors' crosshairs, had to seek emergency financing, and toward the end of January the stock price had peaked at almost twenty times the level at which it had started the month. The subsequent week saw Gamestop hurtle back to earth almost as quickly - though at the time of writing, it's still hovering above $50, a value last reached back in 2013:

The Gamestop episode was quickly co-opted as evidence for whatever narrative people already believed. The unlikely duo of Alexandria Ocasio-Cortez and Ted Cruz were united in their anger at retail investment brokerages like Robinhood, and its Wall Street backers whom they accused of freezing out the small-time investors; fringe libertarians rejoiced at an apparently spontaneous, crowd-sourced humbling of the mighty hedge-funds; stung by such schadenfreude, tearful finance moguls appeared on the business networks to bemoan the apparently incomprehensible resentment of the masses.

Yet one of the most common reactions was to see Gamestop as merely the latest in a series of 'meme-like' trades: widespread investing in a certain security on the basis of social media fashion and mass hype, rather than any 'solid' rationale. After all, recent weeks had seen crazy price inflation from two securities that attract the most ire and handwringing - Tesla and Bitcoin.

The arguments over both are well-worn, and have been more fully addressed elsewhere (including, for the cryptocurrency, on our recent blog post). In brief, Tesla is either the future of human mobility, run by one of the greatest visionaries of our time, or a wildly-overvalued publicity machine headed by one of humanity's greatest narcissists; Bitcoin might be the successor to gold and the solution for frictionless, secure global payments, or the 21st-century equivalent of Dutch tulip mania. There's rarely an intermediate position to be found - heavy is the talking head that seeks to give a considered, nuanced opinion.

Whatever your outlook on these two, it's remarkable how their total market capitalisations have dovetailed over the past year or so (see chart below). Tesla Inc and the sum total of Bitcoins in circulation are now worth the best part of one trillion dollars each, with both having shot up almost tenfold since last year's trough; depending on the day, both would comfortably rank with the top ten most valuable companies in the world. What's more, Musk's firm announced at the start of this month that it held around $1.5bn worth of Bitcoin in its corporate treasury, and would start accepting the cryptocurrency as a form of payment for its electric vehicles.

Bawdy memes notwithstanding, Musk can't actually claim first-mover advantage on this though. That accolade goes to MicroStrategy Inc and its CEO Michael Saylor, which started ploughing corporate funds into Bitcoin last summer, and by now has almost $1bn-worth of Bitcoin on its books, with $600m more, financed by fresh debt, apparently on the way. MicroStrategy, until now a 30-year old software company focused on business analytics, now has more invested in Bitcoin than its entire asset base in 2019; as such, it's starting to function even more like an equity-shaped crypto proxy than Tesla:

Both Tesla's and MicroStrategy's Bitcoin plays are disruptive in at least two senses. Firstly, they complicate and obfuscate the significance of both companies' financial results. Sizeable movements in the cryptocurrency's price have the potential to overshadow any profits resulting from the EV and software businesses respectively, making two equities that are already mercurial even harder to 'truly' value.

Perhaps more significantly, though, both are extending themselves beyond the traditional notion of what it is that companies generally do. One of Bitcoin's most-discussed vulnerabilities is that its long-term value depends on mass uptake and usage. Yet this is also its greatest strength: past a certain critical point - which may already be receding into the distance - its place in the mind of investors and the general public may be impregnable. Tesla and MicroStrategy are forcing the issue, attempting to jump-start the cryptocurrency into mainstream life - and hoping to benefit from first-mover advantage.

Some observers see this as something between speculation, market manipulation, and snake-oil hysteria. They point to the mass democratisation of investing (commission-free equity trading, purchasing Bitcoin through Revolut, and so on), together with the outsized influence of some corners of social media (Musk's Twitter account, or some of the more colourful character on r/wallstreetbets), and see on the horizon a denaturing of the market itself. Prices will continue to decouple from 'fundamental' value; securities will surge and sag based not on carefully-compiled research pieces, but viral memes and trending hashtags. After all, the Gamestop episode proved that such forces can move markets on a previously unimaginable scale. An already-overvalued stock market will inflate further - the mother of all bubbles.

There's a couple of issues with this take, though. Start with the notion that 'equities are dangerously overvalued' - a truism you'll see parroted across much of the financial media. That's actually far from obvious; it depends which market you're talking about, what metric you use, and how much of a long view you take. For instance, here's Bloomberg's Long-Term, Inflation-Adjusted PE Ratio for four major stock indexes, rebased at the start of 1995:

There's no doubt that today's levels are relatively high, but (with the exception of the MSCI World) valuations are not off not the charts. And that's without taken account of the truly unprecedented low-yield environment of the past decade, which inevitably has pushed more money into equities. Maybe stocks are fairly expensive right now - but there's no need to cry armageddon and reach for the tinfoil hat.

More profoundly, though, the entire notion of 'fundamentals' needs to be rethought. Classically, valuing a mature company's equity involves making reasonable medium-term assumptions about revenue and growth rates, discount rates, and company strategies; it also assumes that companies will operate in a 'rational' way to maximise dividends and shareholder value. If this were ever valid, recent years should have told us that it's now outdated - or at least that companies, much like people, can't necessarily be modelled as rational actors that operate in similar ways. Before Tesla, there was Amazon, which floated in the late Nineties and didn't become profitable until the past decade. Imagine pitching the Jeff Bezos model to equity investors in 1995; you'd have been laughed out of the room.

The Amazon model of prioritising investing for growth over making profits was a paradigm shift. It won't be the last. As equities become increasingly commodity-like, with investors focusing more exclusively on price movements rather than dividend potentials, the question of what is 'fundamental' to valuing a stock will have to shift too - perhaps to include intangible inputs such as brand perception, popular appeal and the number of followers of a CEO's Twitter account. If these more qualitative factors do begin to become key determinants of price movements, then nothing makes them less 'fundamental' than last quarter's revenue growth. They may be more volatile - but then, the past year has provided a striking reminder that for companies as well as portfolios, past results aren't necessarily an indicator of future performance.

Time will tell whether Musk and Saylor are visionary pioneers or simply canny PR operators; whether Bitcoin will mature into either a usable form of payment or stable store of value; and whether the Gamestop movement was r/wallstreetbet's warning shot, or merely a flash in the pan. But decrying the underlying forces that are fuelling all three as 'irrational' is a cheap line that disguises the collective burying of heads in the sand. We have two choices: to expand and re-define our notion of what 'rational' can mean, or - if that grates too much - merely to grit our teeth and remember the wise words of John Maynard Keynes: