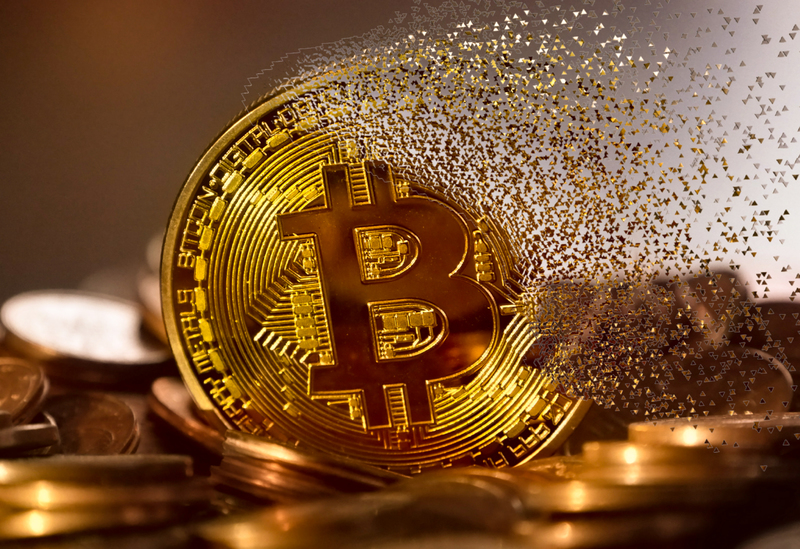 Paying with the big boys – has Bitcoin finally grown up?

Bitcoin's not far off becoming a teenager. Invented in 2008 by the mysterious collective that operated under the pseudonym Satoshi Nakamoto, and officially launched on 3 January 2009, the original crypto-currency has now been with us through two seismic economic catastrophes, the rise of populism in the West, the onset of Big Tech's dominance and - of course - a pandemic that will go down in history as the most disruptive global event since the Second World War. Long-derided by its critics as a dangerous, hype-fueled delusion, Bitcoin remains divisive - but its sticking power and increasing usage are impossible to deny. So will 2020 be remember as the year that Bitcion finally grew up, or is it just the latest in a series of false crypto-dawns?

One things is clear: Bitcoin (and other crypto-currencies, for that matter) are much closer to the mainstream consumer than they were even 3 or 4 years ago. Transaction volume has been trending upwards, as has overall numbers of bitcoin wallets; popular, millennial-targeting apps such as Revolut have made holding crypto simpler than ever before; and Fidelity Investments launched its first Bitcoin fund for sophisticated investors this summer. To cap it all off, PayPal launched a new service in October that allows its users to buy, hold and sell crypto, having secured an authorising license from the State of New York.

All of these developments have combined to make Bitcoin a more mainstream possibility for either transactional or investments purposes. That could be one factor influencing the cryptocurrency's remarkable rally in 2020, up from around $5,500 in March to above $18,000 today (see chart below). As Bitcoin's price approaches its previous all-time high of $19,783, many market observers are noting a shift in attitudes towards and infrastructure for the crypto space - especially among institutionals, who can influence the market with even a modest sliver of allocation.

Of course, the macro factors at play in Bitcoin's rally can't be discounted either - in this most unprecedented of years, the monetary environment is pushing investors of all types to seek out alternative sources of yield or capital appreciation. Yet there are more prosaic reasons too. Firstly, the plumbing systems for cryptocurrencies is improving markedly; crypto is easier to access now than even two or three years ago, with more qualified custodians and prime brokerages. ICOs (Initial Coin Offerings), where a newly-minted cryptocurrency is hawked around and then floated, have also come under considerable regulatory scrutiny, which has taken much of the froth and hype out of the crypto space. That has meant a certain amount of consolidation and maturation too - which works primarily in Bitcoin's favour, given that it's by far the largest and best-known fish in the cryptocurrency pond (see table below).

With institutional investors starting to take bitcoin seriously, it's worth considering what sort of role it can play in a multi-asset portfolio - a question which drives to the heart of Bitcoin's very nature.

Bitcoin has always had a dual character. On the one hand, it's been envisioned as an eventual replacement for fiat currency, and a more secure and decentralised way to conduct transactions quickly and seamlessly. But relating to it as a currency like any other immediately runs into problems: there are still extremely few merchants that accept Bitcoin, for instance, and its sheer volatility makes the notion of pricing anything in Bitcoin bizarre. Those issues are probably linked - you would expect Bitcoin's value to become more steady as it becomes more widely-used - but whether it's a chicken-and-egg situation or a Catch 22 remains to be seen.

An alternative viewpoint is to look at Bitcoin as a commodity - a materially valuable asset that moves in price significantly based on the market's dynamics. The trouble is that, unlike the markets for oil, copper or sugar, it's much harder to pin down what might drive demand for Bitcoin, beyond unadulterated hype.

Of course, there's one commodity that doesn't really behave like one. Though gold does have practical uses, its place in society as a store of value is so entrenched that it a rather idiosyncratic asset. In times of crisis, gold is understood to be the ultimate safe haven. Gold arguably has the value that it does because enough participants in the global economy agree that it ought to. In principal, that's not too far off the cryptocurrency vision: Bitcoin isn't backed by any other asset, because everyone who's using it agrees that it has value. Yet there's a key difference between gold and Bitcoin - on the supply side. Whereas gold continues to be mined, and new supplies continue to be discovered, there will only ever be a pre-determined number of Bitcoins in circulation; that dynamic is embedded into the algorithms that govern the creation of new Bitcoins. That makes it likely that Bitcoin's price will never be as stable as gold's.

Bitcoin, then, is its own hybrid asset class - too niche and volatile to be a currency, too ethereal to be a commodity, and not even quite comparable to gold. Because of this shape-shifting quality, it seems likely that institutionals are primarily looking to it as a source of diversification, rather than a direct hedge against anything in particular. A cursory correlation analysis across different asset classes shows that Bitcoin is fairly uncorrelated to pretty much anything else:

Ultimately, then, the jury's still out on what exactly Bitcoin is far, or how widely-used it will become. Even so, its steady encroachment into the mainstream, and the increasing interest of even large institutional players, makes it something for every market observer to keep an eye on. If there's a place for commodities, FX and gold in the ideal portfolio, then there ought to be one for Bitcoin too. For now, it promises the unexpected - and in an environment like this year's, where generating true diversification and yield is tough, that might be Bitcoin's greatest asset.