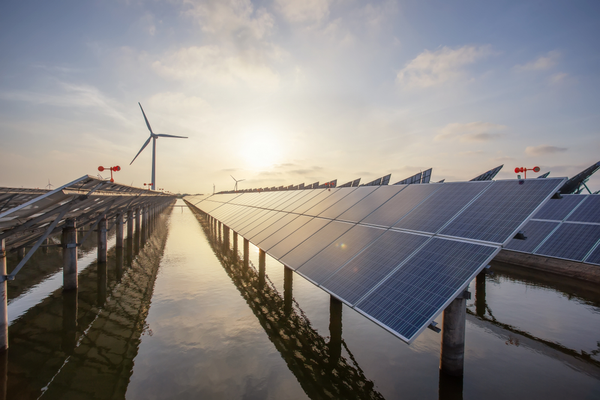 Sunny uplands? Texas, Biden and the outlook for renewables

Renewable energy is back on the agenda in America. The election of Joe Biden, whose platform emphasised modern, sustainable power infrastructure and clean energy, had already pushed the sector back into the limelight after four years of coal-trumpeting and tough talk on drilling from Donald Trump. Then, last month, the state of Texas suffered a power catastrophe, replete with prolonged blackouts, political mudslinging and at least dozens of deaths. The crisis forced arguments over power generation back to the surface, re-igniting the debate over renewables' reliability. As always, the outlook for clean energy depends who you ask.

Six weeks ago, questions of grid resiliency and load-shedding were only meaningful to energy policy analysts and sector experts; the fact that Texas' power grid existed in glorious isolation, insulated from both its neighbouring states and thereby from federal regulation, was nothing more than a curious factoid. Then, disaster. Prolonged sub-zero temperatures in the Lone Star state (in a dystopian feedback loop, themselves linked to climate change) put the Texas grid into double jeopardy: demand was spiking as shivering Texans used more energy to heat their homes and workplaces, but the freezing conditions was disrupting fuel supply and power generation across the board, from natural gas and nuclear plant failures to freezing wind turbines. A concurrent water supply crisis, due to burst pipes and frozen infrastructure, compounded the humanitarian fallout that will take some time to fully reckon with, but has already been linked to scores of deaths.

The Texas crisis pushed the bitter political argument over the direction of America's energy policy back to the forefront of public discourse. On one side, a Democratic party led by a president whose electoral platform included a promise to invest $400bn in clean energy and innovation over the coming decade, and who promised dramatic carbon emissions goals; on the other, Texan and national Republicans who blamed 'unreliable' wind and solar power for the cratering of power supplies. The actual technical details behind the catastrophic failure of the state-wide grid were quickly lost amidst the cacophony of hackneyed talking points and tropes.

Perhaps more than in any other developed economy, green energy and decarbonisation are wedge issues in American politics. The Republican party is stacked with climate-change sceptics, and its individualistic pro-entrepreneurship probably inspires a certain sympathy with the American fossil fuel industry - after all, for the first few decades of its existence, the development of oil production in the US was mainly propelled forward by risk-taking pioneers and prospectors. The Democrats' progressive wing, by contrast, contends that climate justice is an integral part of social justice in general, and ever since the days of Al Gore the mainstream of the party has also displayed more commitment to the green agenda than anyone on the other side of the aisle.

The starkness of the partisan divide over clean energy means that political events have an outsized bearing on the prospects of related stocks and securities. The chart below displays the performance since October 2019 of the S&P 500, EuroStoxx 50, and three energy-related ETFs: the SPDR Utilities Select (XLU), a general energy sector fund, and the Invesco Solar ETF (whose ticker, aptly, is 'TAN') and the iShares Global Clean Energy ETF (ICLN):

Until last summer, there was little daylight between the broad indexes, the energy sector as a whole, and the green energy ETFs (though both registered higher pre-COVID peaks than the others), yet as the presidential election in November approached, both TAN and ICLN pulled away from the S&P - especially in the last month before voting. Biden's election put rocket fuel (no doubt sustainably sourced) under both, driving the Invesco Solar to almost four times its value in October 2019, and the iShares Clean Energy to almost triple.

Advocates of clean energy will hope that any investor queasiness in the aftermath of the Texas catastrophe dissipates quickly, but either way, the overarching story for the sector remains positive. Over the past year, the solar sector in particular has performed impressively; the stock of three major solar-only companies has doubled or better since the COVID market crash in March 2020:

Reassuringly for investors, this doesn't seem to all be based on fuzzy market sentiment or green inclinations. SolarEdge and Scatec have posted healthy EBITDA figures since 2016; First Solar's fortunes have been more changeable (allowing for the massive restructuring programme that caused First Solar's huge $720 million loss in Q1 2017). Geography might be a factor here: Scatec focuses on emerging markets, and might therefore have an easier time growing at a smooth rate, whereas First Solar's (and, to a lesser extent, SolarEdge's) exposure to the vagaries and complexities of the US might have made steady growth more challenging.

Fundamentally, the renewable energy sector is in a good place. It has already eclipsed the oil majors; last year, NextEra Energy pulled ahead of ExxonMobil in terms of market capitalisation. Aside from half of the US, most of the developed world is fairly unanimous in its recognition of the threat posed by climate change, and the various ways to act - even if there is some considerable divergence on the target timetables for net-zero. Companies, investors and governments are all embracing the ESG agenda, and the 'environmental' element tends to attract the most attention. The UN Climate Change Conference, slated for November in Glasgow, Scotland, may well accelerate the pace of change in favour of renewables and green energy - and this time, the American delegation will be no less motivated than their counterparts from around the world.

Yet the Texas episode showed that it's unlikely to all be smooth sailing going forward, at least in the US; with the partisan sentiment that accompanies any discussion of renewables, and with only the slimmest of Democratic 'majorities' in the US Senate, progress in America may be stop-start at best. The flipside, of course, is that if the Biden White House nonetheless manages to drive forward the clean energy industry - and if the private sector responds with similar gusto - then the clean energy sector could be on the verge of massive growth.