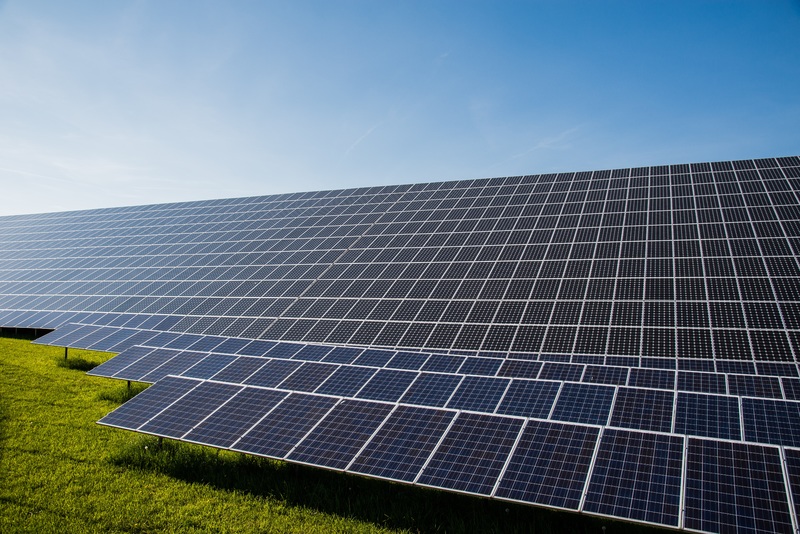 The green energy revolution: leaving oil majors in the shade?

It seems unthinkable now, but in the first half of the 2010s, crude oil prices were buoyant; between 2011 and 2014, a barrel of the black stuff was going for upwards of $100. The post-2008 recovery pumped up demand for oil, even as nervousness over dwindling supplies and an OPEC-wide production deal maintained crude’s scarcity. Fast-forward to the start of this decade, and the outlook for oil couldn’t be more different.

First, the American shale revolution meant that, practically overnight, the USA became the world’s largest producer of oil, as well as its largest consumer. A breakdown in coordination within OPEC, and between that organisation and Russia, meant that oil supplies surged across the world. And the coronavirus pandemic, which caused an abrupt collapse in air travel for months on end, completely torpedoed worldwide demand for crude; technically, oil prices briefly strayed into negative territory, albeit for mainly technical reasons.

Beyond the vagaries of supply and demand, though, the global energy landscape – and therefore, the outlook for oil – is undergoing a profound, tectonic shift. Across the world, governments and corporations are finally accepting that the threat posed by climate change necessitates a radical decarbonisation of the global economy. China, which has long been the world’s largest emitter of greenhouse gases, recently stated that it would aim for peak CO2 before 2030, and overall climate neutrality by 2060. Both the EU and UK have set a target date for carbon neutrality that’s a decade earlier; UK PM Boris Johnson also pledged last week that wind power would be scaled up by 2030, to the extent that it could power every home in England. Democratic Presidential candidate Joe Biden, meanwhile, has proposed a $2tn climate plan that focuses on carbon-free electricity and environmental justice.

The added impetus for clean energy comes off the back of impressive momentum in renewables across the world. One region of interest, is Europe, where over the past decade solar-generated power has increased markedly:

Even more notable, though, are recent dynamics in China, where both solar and wind power have gone from a standing start to account for almost 800 TeraWatt-hours of generation in 2018:

The combination of depressed oil markets and a global commitment to decarbonisation has raised existential questions for many oil majors. Chevron and ExxonMobil, the two US super-majors, have concentrated on defensive moves, investing in technologies such as carbon-capture storage and CO2 fuel cells, but have shown little interest in genuine renewable energy sources such as solar and wind. BP, by contrast, has long claimed to be moving ‘Beyond Petroleum’; this year, the mantra was relaunched with a commitment to net-zero emissions by 2050, and a 10-fold increase in renewables investment that should represent a third of total capital expenditure by 2030. Gleaming future plans haven’t prevented pain in the present though: this year, BP cut 10,000 jobs and suspended its dividend payments. Shell, Total and Eni are trying to execute a similar pivot while navigating considerable current challenges. Whichever path they choose, oil majors have struggled over the past few years, generally underperforming even the price of crude oil itself:

So who stands to benefit from the shift into renewables? Last week saw a significant watershed moment: the market capitalisation of NextEra Energy, a major utility company that is almost exclusively focused on renewables, pulled ahead of ExxonMobil’s. Eight years ago, Exxon was the most valuable company in the US, worth almost half a trillion dollars; today, it’s worth a quarter of that, and is barely in the top 50. Oil majors look to have passed the baton to a new breed of energy companies.

Beyond oil majors, the renewable energy landscape is divided into two groups: old-time energy majors (usually privatised version of state electricity or gas companies), and younger, more specialised firms that have focused on renewables from inception. EDF, Engie and Enel are representative of the former; NextEra and Norwegian companies Vestas Wind Systems and Ørsted of the latter. Overall, legacy energy companies have struggled to pivot to renewables in a convincing manner, despite continued wind and solar acquisitions and investments. Iberdrola, the Spanish energy company, is an interesting hybrid case; formed in 1992 by the merger of two smaller Iberian hydroelectric companies, the majority of its energy production now comes from hydroelectric and wind power, though combined-cycle gas plants and nuclear installations also account for sizeable portions. Instructively, over the past three years, NextEra and Vestas are both up by over 80%, with Iberdrola not too far behind, while EDF and Engie are down over the same period:

NextEra, in particular, is one to watch. An impressive rate of growth since 2010, when it formally rebranded from the Florida Power & Light Company, has seen NextEra’s in service assets pull level with Iberdrola’s:

The combination of a depressed oil market and increased worldwide focus on green energy might be heralding a changing of the guard, from the oil majors of the previous century to companies wholly focused on renewables, and energy firms who are nimble enough to negotiate the transition. For investors, that might mean that it's time to break with lifelong habits - and consider some of the new kids on the block.