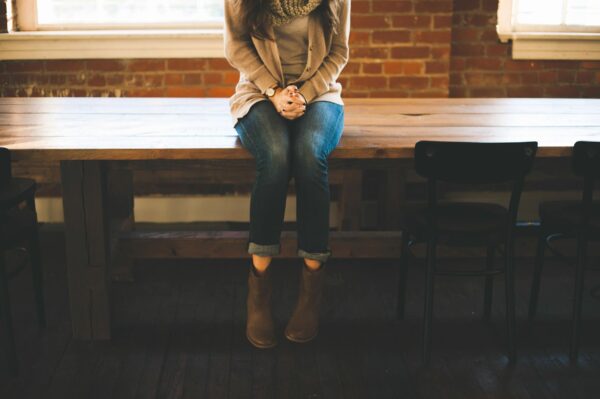 The SHEcession: COVID-19 and the female economy

The COVID-19 downturn has deeply and disproportionately impacted women. Compared with all previous US recessions since 1949, the current one “deviates most sharply from the historical norm in its disparate gender impact”. Whereas many previous recessions mostly affected male-dominated sectors (‘mancessions’, if you like), the Covid shock, with its sizeable impacts on both the supply and demand sides, has inevitably weighted down sectors like hospitality and retail, which are largely feminised parts of the economy.

The graph below reflects this fundamental difference between the COVID-19 recession and those that preceded it:

Whilst prior to 2020, recessions were either mancessions or equally impacted both genders, last year’s downturn broke the mould: at the pinnacle of the crisis, women’s unemployment had risen by 2.9 percentage points more than men’s unemployment. Nor is this simply the result of more women working than in the Seventies and Eighties; even during the Great Financial Crash, just over a decade ago, male employment fell by 7.5% compared with 3.1% for female employment in the US. The GFC, unlike the COVID-19 recessions, saw the most job losses in sectors such as construction and manufacturing, where women constitute just 10% and 29% of the workforce respectively. This time round, though, it was sectors like hospitality and retail, where women are heavily represented, that bore the brunt of the downturn. If 2008 was the latest in a long line of mancessions, 2020 was the first clear shecession on record.

What’s more, on an individual basis, economic crises tend to hit women harder than. Women on aggregate earn less, have fewer savings and are more often reliant on the informal economy for their income. This means that they have less access to social security and unemployment insurance. In the 2008 crash for instance, the diversion of government funds toward relief efforts took a huge toll on women due to underspending in the public sector. In the UK today, many migrant women still cannot even claim social security under the ‘No Recourse to Public Funds’ condition stamped on many non-EU visas. This is described by the Home Office as “a standard condition applied to those staying here with a temporary immigration status to protect public funds”. Whatever the merits of the policy, the current recession has seen many female migrant workers unable to rely on the state safety net, however non-temporary their stay in the UK might be.

Across the world, women face significant societal and cultural factors that exacerbate the effect of recessions. According to the global World Values Survey, more than half of people in many countries in South Asia and MENA believe that men have more of a right to a job than women when jobs are scarce; approximately one in six respondents in developed countries concurred. Women are also more likely to be burdened with unpaid care, resulting in their becoming economically inactive, sometimes indeterminately. Data from previous crises corroborates that increased unemployment impels people to revert to traditional gender roles, and that female attachment to the labour market is usually weaker to start with. Moreover, the entrenched archaisms we live with strengthen the notion of the male breadwinner, thereby reinforcing the tendency for certain sectors to be ‘gendered’. In a downturn, unemployed men are favoured more heavily in hiring processes, whilst unemployed women take on more domestic work. Because women make up the majority of single-parent households, they have less access to shared assets and household work cannot be split, thereby compounding their financial woes.

McKinsey’s model displays the intersection of female-dominated industries and those impacted by the Coronavirus-induced recession:

As the graphic highlights, the nature of work remains strikingly gender specific: women and men are concentrated in different sectors both in mature and emerging economies. Moreover, the intersectionalities of class, race, and gender mean that marginalized women will disproportionately have a higher risk of coronavirus transmission. Seventy percent of health workers and first responders worldwide are women, and a disproportionately high number are Black, Asian, and Ethnic Minority. Of course, this results in excess exposure to the virus for women - but it also means women are subject to the rampant inequity of the health sector, where the gender pay gap (28%) is higher than the overall gender pay gap (16%). Indeed, as the economic onslaught incited by Covid-19 has revealed all too transparently, inequalities too are endemic. The negative feedback loops that stem from economic insecurity will outlive this virus.

The economic phenomenon Hysteresis is a helpful framework to use in observing the how negative cycles of decline become entrenched and self-perpetuating. The unemployment hysteresis hypothesis states that in the aftermath of an economic shock, unemployment shifts from its equilibrium state, and this state is sustained in the long run. When a woman loses her job, she loses valuable social capital; the longer the period of unemployment, the lower the chances of finding fresh employment. Analysts point towards hysteresis to explain how recessions become more than cyclical phenomena. Like the pandemic, hysteresis brings to the fore latent inequities in our societies.

The Covid-induced poverty spike will probably widen the gender poverty gap: more women will be pushed into extreme poverty than men. These realities are tragic for the individual, as well as for women at large, and the economic, social and political fallout from COVID-19 detracts from the strides women had made in reaching gender parity. They also serve to further amplify the force of the economic shock; women’s loss of professional capital as productive workers increases the potential magnitude of any contraction.

In their report on gender and COVID-19, McKinsey estimate that in the highly probable gender-regressive scenario, global GDP growth could be $1 trillion lower in 2030 than it would be if women’s unemployment were to match that of men in each sector; this is without take into account factors such as “increased childcare burdens, attitudinal bias, a slower recovery, or reduced public and private spending on services such as education or childcare make women leave the labour market permanently”.

For all the reasons above, enacting policies that may avoid a long Shecession are both a moral and financial imperative. These could include:

Pundits are fond of saying COVID-19 is a ‘watershed moment’ for race, inequality, and work. Let’s hope they are right.

The above does not constitute investment research, and should not be considered as either advice or an inducement to invest in any particular product or service. Any opinions expressed in the above piece are the author's own.